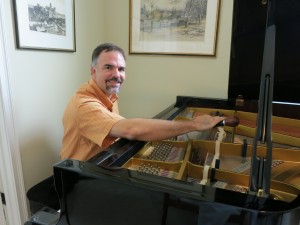 A musician and former music teacher, Shane grew up playing Yamaha Electone organs at home and in competitions as well as being a trombonist in school bands, and he earned his college degree from the Berklee College of Music in Boston. During his university days, he decided to study piano and fell in love with the instrument. After graduation, Shane and a friend opened a music school in Cary, near Raleigh, NC. However, because he had daily passed a piano technician’s workshop on the way to his college courses, a seed of interest was planted.  After Shane and his wife, Krystal, became parents, they returned to their hometown of Asheville so that they and their son, Dorian, would be near family. Searching for a change from teaching and running a music school, Shane sought out a well-known and highly recognized piano technician, Clayton Harmon, who was a past member of the Western Carolinas Chapter. He apprenticed for two years without pay, taking on the knowledge of piano tuning, restoration, refinishing, and repair that his mentor had acquired over several decades, and that was when Shane was introduced to the Piano Technicians Guild and the sharing nature of its members.

As owner of Piano Emporium, Shane’s mission is to provide the musical community in the greater Asheville region with quality pianos, service, and support, with special emphasis and attention to detail toward providing customers with the highest level of satisfaction. He has built the business into a successful piano facility that specializes in new and pre-owned pianos, and piano restoration, tuning, repair, and moving.

A testament to his love for keyboards, Shane avidly collects vintage and antique pianos. His zest for playing and zeal for collecting provides him with a distinct edge over others in his profession. During personal time, he enjoys traveling, camping, and fishing with his wife and son, and volunteering in the community with the scouting program and his church. 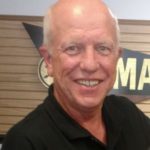 Originally from Fayetteville, NC Dave was the General Manager at McFadyen Music in Fayetteville. With 35+ years in the music business he has seen just about everything and is here to help you with any of your musical needs. 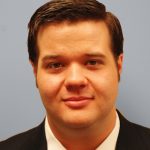 Andy Reach grew up in the mountains of southwest Virginia playing piano and singing in church. He went on to study music at Radford University, graduating with Pi Kappa Lambda honors and a Bachelors degree in piano and voice. In a pivot from becoming a professional musician, Andy went to Boston to study at the North Bennet Street School to learn Piano Technology. Andy Reach, a Registered Piano Technician with the Piano Technicians Guild for over 10 years is a true asset to Piano Emporium’s crew.

In his free time, Andy enjoys singing in his barbershop quartet, directing a local men’s chorus, and playing board games. 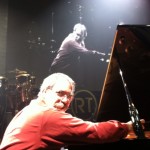 Paul is responsible for the majority of piano action repair and rebuilding, including restringing.

In 1984, Paul entered the piano business in Jacksonville, FL, as a piano mover and apprentice piano technician. After three years of studying piano restoration, he relocated to Detroit to accept a position as head technician for one of the largest used piano stores in southeast Michigan. During those years, he honed his skills as a tuner and piano rebuilder while being avidly involved in the community as both a vocalist and as the first President of the internationally acclaimed Detroit Concert Choir.

Launching his own piano service business in 1991, Paul tuned pianos for The Detroit Public School System, Wayne State University, Grosse Pointe Public schools, and numerous area churches. In 2002, Paul and his new bride moved to western North Carolina where he continues to tune and rebuild pianos. His many concert tunings have included work for Neil Sedaka, George Winston, Rickie Lee Jones, the Michigan Sinfonietta, and the Glenn Miller Orchestra. 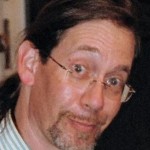 After managing a successful piano tuning business for over 35 years on Long Island’s East End, Chris and his wife, Vicki, decided to relocate from New York to Asheville following her retirement in 2012. Shortly after the move, Chris visited the Piano Emporium, and he was immediately impressed with the quality of professionalism he encountered. Soon after, he eagerly joined the Piano Emporium team, with the desire to help grow their excellent venture.

Raised in a musical family, Chris’s grandmother was a concert pianist in her youth, and she and her husband were personal friends of the Steinway family. Chris was also fortunate to live two houses from the owner of an exquisite Bechstein grand piano, a gentleman who took personal care of his instrument and who gave Chris tuning pointers and let him borrow tools. At age 13, Chris began dismantling his family’s old upright piano, and he’s been restoring pianos ever since.

Now, after 44 years in the business, Chris is one of the top concert technicians in the field and has been sought after by demanding artists and concert venues all over Long Island, NY, including resident technician duties for The Perlman Music Program, Pianofest in the Hamptons, The Westhampton Beach Performing Arts Center, Southampton Cultural Center, and East Hampton’s Guild Hall.

In 1988, Chris joined the Piano Technicians Guild, was instantly rated as a Craftsman RPT. The year 2013 marks his Silver Anniversary with the Guild and he is a Steinway-recommended technician. 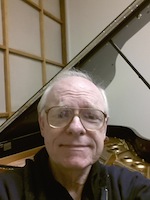 In 1981, Gary decided to move to Western North Carolina to be near his aging parents, and in 1983, he married Rosanne, a former client. Since then, Gary has continued to build his business, and he counts many churches and residential players as long-time customers, including Mars Hill University, Brevard College, Blue Ridge Community College, and the Billy Graham Training Center at the Cove.

An avid banjoist, Gary has been working with the Piano Emporium for a few years, and he frequently remarks that he enjoys his association with the “fine team of professional piano technicians” at Piano Emporium, and he hopes to continue contributing to the growth of the company for many years.

Send us an email